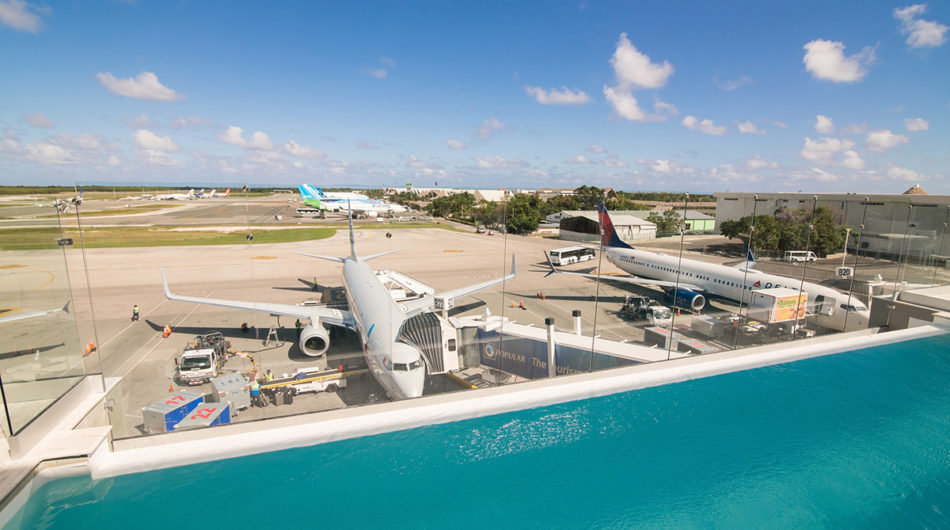 Article repost from Caribbean Journal by Alexander Britell The Caribbean’s busiest airport is planning major improvements to its customer experience this year, headlined by the implementation of U.S. Customs and Immigration PreClearance. Punta Cana, which is the most popular destination in the Dominican Republic and the wider Caribbean region, is also making changes to its inbound immigration experience, with the implementation of Auto Gates for passengers with biometric passports. That means travelers from countries like the United States, Canada, Spain, the United Kingdom and France can move through passport control in less than 10 seconds – a major improvement upon what has long been one of the weak points in the Caribbean travel experience regionally. The launch of PreClearance means U.S. immigration, customs, agriculture inspection and TSA screenings occur before a traveler boards his or her flight — meaning that when you arrive in the United States, you don’t have to go through customs. It makes Punta Cana one of just a handful of airports in the region with U.S. PreClearance, along with Aruba’s Queen Beatrix International Airport and Lynden Pindling International Airport in Nassau. “Over the years, we have continued to add and adapt the systems at the Punta Cana International Airport to make the airport experience for travelers as seamless and comfortable as possible,” said Rafael Alberto Smith, Director of Operations at Punta Cana International Airport. “We are continuing to enhance the time travelers’ spend in our airport with the additions of the new Auto Passport Control for all arrivals, Pre-Clearance for all direct departing flights to the US and our silent policy in our terminals.” The new Auto Gates will launch in the first quarter of this year, according to airport officials, joined by other new amenities like a “peaceful nursing room for mothers.” The airport, which has continued to expand over the years since its launch in 1983, has regularly been at the forefront of regional airport design, most notably with the recent debut of the Caribbean’s only VIP lounge with a pool. 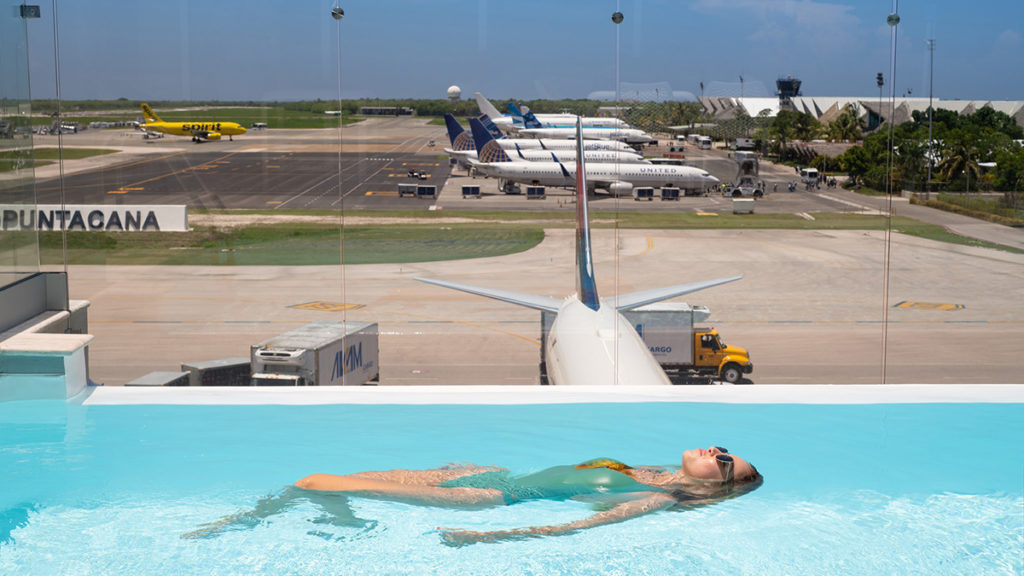 The runway-facing pool at the airport’s VIP lounge, the only of its kind in the Caribbean. The airport, which is set within the 15,000-square-foot Puntacana Resort and Club campus, is the biggest in the Caribbean by passenger volume, eclipsing 8 million passengers each year. It’s part of a broader plan to increase traffic at the airport, with a goal of 10 million passengers served this year. The airport handles almost 70 percent of the Dominican Republic’s international passenger traffic. Punta Cana all-inclusive resorts have long set the standard in the Caribbean’s, and the destination continues to be a significant hub for hotel investment.